What Are the Benefits of Windows VPS Hosting?

Before we can take a look at the benefits of Windows VPS hosting solutions, we first need to figure out the nature of virtual servers. How they work, when are they recommended, and what is the difference between a Windows VPS and its hosting alternatives?

Most of the world’s websites are powered by shared hosting plans. In a shared hosting environment, multiple websites utilize the resources of a single server. It’s the cheapest way of hosting a website, but it does come with quite a few drawbacks.

The server’s resources aren’t evenly distributed among all accounts, which means that if one website starts consuming too much power the rest of the projects will suffer as well. There are some security concerns associated with the setup as all accounts use the same IP. This increases the risk of email delivery problems even if just one user starts sending spam.

What’s more, being the cheapest solution, shared hosting also comes with a few limitations, including the inability to choose which operating system your website will run on.

So, what can you do if you are looking to host a Windows-based website online?

What is Windows VPS hosting?

If you pick a VPS plan for your online project, you’ll get an entire Virtual Private Server to yourself.  In its essence, a server (regardless of whether it’s virtual or a real one) is simply a computer, and, like any other computer, it needs an operating system (OS) to run some software.

The first one is a managed VPS – your web host picks the operating system and is responsible for keeping it up-to-date and properly configured. The other one is an unmanaged or self-managed VPS – it’s up to you to choose the OS and set it up to your liking.

When it comes to web hosting, Linux is often the preferred choice as the open-source OS is flexible enough to handle most software. But most importantly – it’s free.

That being said, Windows can also be used for hosting websites and it’s an excellent option as well.

Launching a website is a serious task that requires careful planning. Choosing a hosting package and an operating system is a significant part of the project, but if you are to pick the correct solution, you need to figure out a few other things first.

The budget should obviously be a major consideration. Most Linux distributions on web hosting servers are free and open-source. All you pay for is the hardware, which is why Linux hosting plans tend to be much cheaper than Windows ones.

But before you even consider the financial aspect, you need to know which types of hosting will work for you. For example, if you plan to use the MSSQL database management system or the ASP.NET development framework, your only viable choice would be a Windows server.

On the other hand, while running PHP, MySQL, and web servers like Apache and Nginx on Windows is not impossible, doing so is much more difficult. So if you want to launch a simple WordPress blog – you should probably consider going for a Linux server.

In case the underlying technology isn’t an issue, you might want to consider your own level of technical expertise. Having used Windows on your desktop PC for years, you might think that you should have no problems wrapping your head around Windows Server.

However, the two solutions serve entirely different purposes, so you need to have more specific know-how of server management.

As a newbie, it’s best to go for a managed VPS solution and check with your host to see what sort of tools and assistance you’ll get as part of the package.

Over 77% of desktop and laptop computers today run on Windows. For many of you, the sight of a familiar graphic interface when you start managing a server will be more than welcome. This is a definite advantage, especially for those who don’t feel comfortable working with a command-line interface.

There are other things to consider, though.

The price is the most obvious distinctive factor between Windows and Linux hosting servers. Subscription fees for Microsoft products should always be considered when you outline your hosting budget. In comparison, the open-source nature of Linux welcomes users to develop all kinds of plugins and tools to make the OS better.

Security is another major point you need to consider when choosing your operating system. Due to its proprietary nature, the number of threats aimed at Windows machines is evergrowing and cybercriminals don’t shy away from hitting Windows-based servers. While Linux isn’t immune to cyberattacks, it doesn’t seem to be targeted that often. Its open-source architecture also allows the code to be reviewed by a plethora of people, who are more likely to quickly spot bugs and put together patches.

The process of applying updates is easier with Linux as well. You can update applications and make significant changes to the configuration of the operating system without the need to reboot the machine. Windows is much more likely to require a restart after major updates, which is hardly ideal given that you’re trying to host a website and keep downtime to a minimum.

Linux is generally considered faster and more efficient when it comes to hardware resource usage. The server performance depends on a number of different factors, but the fact remains that although Microsoft has done a lot to streamline its operating system, Windows is still relatively heavy compared to its competitors.

If you keep this in mind and choose a slightly more powerful VPS, this shouldn’t affect your website’s loading speeds. In the event of a traffic spike, however, the server may find itself struggling to keep the performance at a decent level with the more resource-intensive OS.

The benefits of using a Microsoft product

Using an open-source OS has some disadvantages, though. Because Linux is developed by a community rather than an organization, getting technical support is a bit more difficult. If you have a problem with the operating system or if you’re struggling with a particular task, you can use a forum to ask fellow users and developers for help.

There’s no telling when you’ll get a reply, though, and you can never know whether the person trying to help you is knowledgeable enough to do it. This is hardly an ideal situation considering the fact you’re trying to keep your website up and running smoothly 24/7.

Along with the operating system, Microsoft gives you an official channel for contacting its support agents, which means that you can expect more reliable answers in a more prompt manner. What’s more, because Windows development is handled by a single company, you are more likely to find useful tips, tutorials, and videos in one centralized knowledge base.

Windows might not be perfect for the average user, but it is a champion in another niche.

In the corporate world, where dozens (or even hundreds) of users are connected to the same network and need instant access to the same assets and services, Windows servers are much more popular.

They come with Active Directory, a directory service on Windows networks that can be pretty useful in business environments. It’s responsible for authentication and access control – two of the most important aspects when building a corporate network.

Another one of Windows Server’s useful features is the ability to push policies to groups and individuals. It’s a painless and efficient way of boosting employee productivity and improving the security of the entire network.

Other solutions let you do more or less the same things, but they’re just not versatile enough. As a result of this Windows popularity, many tools and applications crucial to the operations of a number of businesses are not available on any other platforms.

Even if they were, though, the transition is often painful, especially if the network is relatively big. A lot of that extra effort comes from the fact that end users are far too accustomed to their OS, so such a switch is never an easy task.

If you’re a Windows user, you might think that choosing the same operating system for your web hosting server is the best strategy.  This isn’t necessarily the case.

A good hosting environment for your website is essential, and the server OS is a major part of it. If you’re considering getting a Windows VPS, you must first ensure there will be no compatibility issues with the technology your project uses.

If you’re convinced that Windows is your best bet, you will be able to enjoy more reliable technical support, a stable performance, and the familiar interface you already know and love.

Do Windows VPSs come with the same advantages as Linux VPSs?

Both Linux and Windows VPS solutions are built in the same way and can even exist on the same physical server. You get a guaranteed set of resources and a dedicated IP at a fraction of the cost of a dedicated server solution. The ability to easily scale your hosting account should also be on your mind.

Depending on the hosting package, some Linux VPSs come with easy-to-use control panels that help you set everything up and immediately start building your website. Many of these hosting panels don’t support Windows, so you’re better off asking your hosting provider whether you can get any similar tools.

Why are Windows VPS plans more expensive than the Linux alternatives?

Windows Server is a proprietary operating system developed by Microsoft and using it is going to cost you money. In contrast, the most popular Linux distributions for servers are open-source and completely free to use. As a result, Linux hosting is more cost-effective for the hosting company and subsequently – for the users.

In short, yes, they can. Microsoft even has its own web server software (called Internet Information Services or IIS) that is a part of the Windows NT family of operating systems.

However, for the most popular types of websites (usually, the ones built on PHP), Windows is often considered inferior to Linux, which is why most hosting companies prefer the open-source alternative.

What is Windows’s main advantage over Linux?

The biggest drawback of using open-source software is that you can only rely on a community of unknown people to help you out if you get stuck. These people rarely lack the willingness to assist you, but this is not their full-time job, so you can often find yourself waiting for someone to come to the rescue faster.

When utilizing proprietary products like Windows, you have a company that also takes care of you if you have any issues. The availability and expertise of Microsoft’s technical support is something you should definitely consider when you’re choosing your operating system. 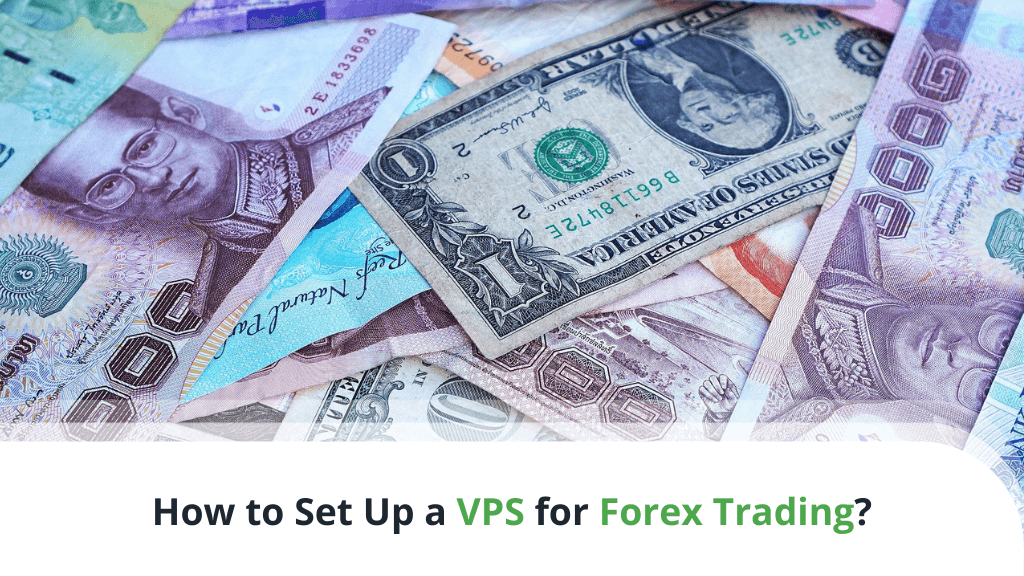 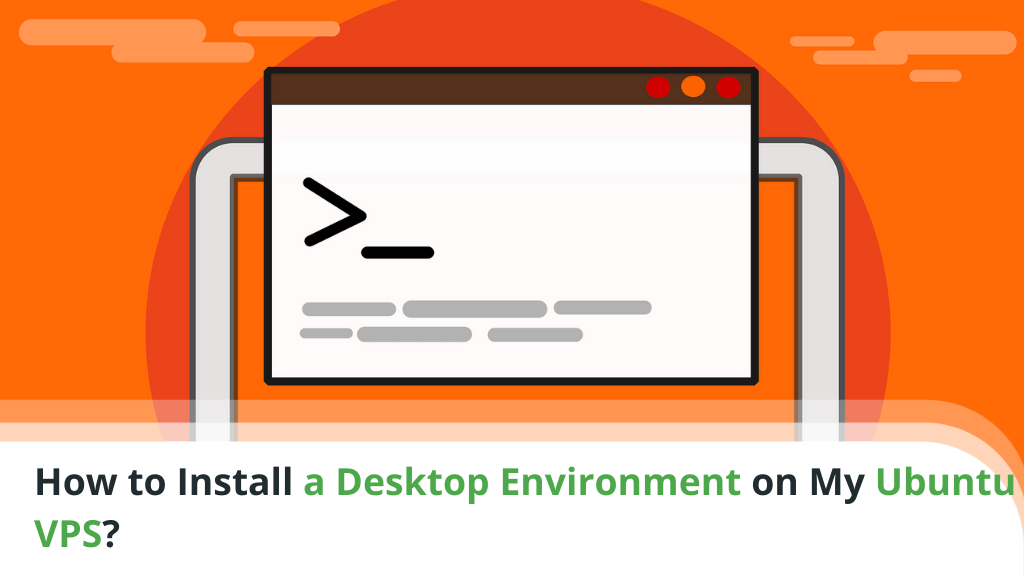