Websites have come a long way since the first official page saw light 30 years ago. The range of functionality they now offer is pretty much endless, and we now use them regularly in our everyday lives. Under the hood, we have thousands of lines of code to thank for this, but we rarely come to think about how this code is generated.

Web development frameworks play a major part in it, and we’ll now look into how they work and which ones are the best for building a great website.

The Best Web Development Frameworks in 2021

The need for web development frameworks quickly became apparent, even back in the 1990s. Such programming languages allowed websites to be more than simple collections of static HTML pages.

Suddenly, web developers had the freedom to create interactive web applications that serve dynamic content based on user input. However, the more complex the application, the more lines of code it needed to run.

On the one hand, this meant more expensive development time. On the other, it also increased the chances of mistakes. In other words, programming languages like PHP may have made web applications more interactive, but it also made them much more expensive and, in some cases, unreliable.

The goal of a web development framework is to neutralize this effect.

A web development framework is a collection of pre-made tools and libraries developers can build upon. Think of it as the chassis of a car on which you put an engine, a drivetrain, and a body to create something unique.

The popularity of web development frameworks rose in unison with the number of people and organizations that wanted to get online. The demand for innovative, good-looking, and functional apps and websites increased, and the development community had to think of a way to meet it.

Web development frameworks provide programmers with a ready-made launchpad they can build the project on. This means developers have the capacity to create more apps and cater to more custom demands.

Meanwhile, because a web development framework reduces the volume of development work, the final product can also come at a relatively low price.

This is far from the only advantage, though.

Most frameworks’ characteristics allow developers to easily tackle some of the tasks associated with every company’s  web development process. Here are some of them:

Web development frameworks come with ready-made URL mapping facilities. This not only ensures applications can serve the right content to the right user – it also gives developers the chance to boost the search engine rankings of their web projects.

Databases are at the heart of modern dynamic web applications, and this is in no small part due to development frameworks. Such platforms often create a universal API for communicating with the database backend, saving developers hours of programming, testing, and debugging.

Caching is one of the most widely used performance improvement mechanisms. However, setting up a caching solution from scratch can be a burdenous task. Luckily for devs and customers, development frameworks often come with caching functionalities already implemented.

You could argue that web templates are deeply intertwined with modern website design. With their help, applications can serve custom pages while improving the user experience immensely. Quite a few popular web development frameworks support complex web template systems that give developers a lot of freedom during the application design process.

Security is one of the most crucial aspects of any web application. Preventing unauthorized data access is something a developer has to keenly look out for. The ready-made authentication and authorization systems built into many modern development frameworks help eliminate the risk of mistakes.

Designing and developing a web application is a long, complicated process if you’re not a pro. A lot must be considered, and quite a few details need to be ironed out if the final product is to be successful. A single development framework usually isn’t enough to cover all the bases.

Different frameworks carry different purposes, though. Depending on their use, you can broadly define two types of development frameworks.

The application’s frontend plays a crucial role in grabbing the visitor’s attention and presenting them with a quality product. However, the overall experience also depends on the things that go on under the hood.

A server-side web development framework lets developers add the all-important functionality of the app and build the logic it uses to operate. With it, you can enable a multitude of features, design the app’s HTTP request handling mechanisms, and set up the entire URL structure. All these are crucial for the app’s reliable performance.

The choice of a server-side framework is mainly governed by the programming language the developer uses.

Client-side frameworks handle the application’s frontend. They give developers the chance to choose what the users see, how they interact with the software, and how the app reacts to the different inputs. When it comes to development-focused projects, most frameworks modify how the JavaScript layer runs on the user’s device.

When developers pick a client-side framework, their main focus is the features they want to embed into the application rather than the programming language.

The Best Web Development Frameworks in 2021

It’s safe to say that developers are spoiled for choice when it comes to picking a web development framework for a new application. There are quite a few options on the market, and you can be pretty sure that whatever your project’s specific requirements, you will find a suitable framework to act as its base. Here are some of the most popular frameworks to start with:

Facebook’s React.js has been one of the most popular web development frameworks for the last few years. It’s a client-side framework, and it’s rarely used on its own.

One of its primary advantages is the ability to scale well and maintain excellent performance regardless of the application’s size and popularity.

React.js’s goal is to embed reactive data into the application. It has a special function that allows it to check for changes in the displayed data and update it without refreshing the page.

Here are some of the most popular websites that utilize React.js:

Laravel is hailed as one of the most powerful PHP-based development frameworks.

It follows the model-view-controller design and offers a wide range of features that cater to almost any project. Its relatively easy-to-understand syntax makes it the preferred choice for the developers of quite a few popular websites and web applications.

Some of these include:

Ruby on Rails is by far the most popular framework for Ruby developers.

It’s been around for a while and has introduced quite a few web development design patterns and paradigms, like Convention over Configuration and Don’t Repeat Yourself. In doing so, Ruby on Rails has influenced the development of other frameworks like – React, Angular, and Laravel.

Some of the popular sites that make use of Ruby on Rails include:

Django is a Python development framework built and maintained by a large community of experienced developers. It’s highly customizable, and its administration interface makes it a firm favorite with many app owners.

Because of all this functionality, Django is in use in some popular applications like:

ASP.net is an open-source, cross-platform server-side web development framework released by Microsoft in 2002. Although it hasn’t gained quite as much popularity as some of its competitors, many Windows developers find great use of it.

This is due to its rather long list of features, including an architecture that requires less coding and maintenance, excellent support for cloud-based and IoT app development, and blistering performance.

Here are some of the apps that trust ASP.net:

Angular is a TypeScript development framework, often praised for its modular structure and the ability to create apps that look great on both mobile and desktop devices. One of its main advantages is the wide range of default features it comes with.

Because a lot of Angular’s functionality is enabled out of the box, developers don’t usually need to integrate and configure additional libraries.

Some of the most popular Angular-based web apps include:

Similar to other frameworks on this list, Symfony’s goal is to speed up the development of web applications. What sets it apart from the rest, however, is the freedom developers get with it.

Webmasters are free to do just about anything, including changing the directory structure, embedding third-party libraries, and integrating the framework with other tools to help with testing and debugging.

A good web application not only needs a suitable framework to step on but also a hosting environment that powers its infrastructure. You can be sure you’ll find this with ScalaHosting’s virtual private server (VPS) solutions.

With our self-managed VPS deals, you have the freedom to choose your own operating system with full root access, meaning you can install and configure whichever development framework you want.

Meanwhile, the infinitely scalable hardware resources guarantee that no matter how popular your application becomes – you will be able to achieve the high-performance standards you’re after.

Should you need any guidance on which development framework might be the most suitable solution for your app, you can always contact our technical support experts, who will be happy to point you in the right direction.

A web application is not something you can put together in a couple of days. It involves a careful development process that needs to be carefully planned and executed. You need all the help you can get with figuring out the app’s structure, functionality, and security.

The great thing about a web development framework is that it can solve all these problems at once. It’s all a matter of finding the right one.

Do I need a development framework for my application?

A development framework solves many of the problems that emerge during the app development process. It structures your app data, provides essential facilities like caching and authentication mechanisms, and automates many of the tasks associated with developing any software application, both on the server and the client side.

What do I need to look out for when choosing a web development framework?

You must carefully consider the choice of a development framework. The aspects you should look out for include the programming language you’re going to use, the features you want to embed, and your own technical skill level.

Can I use more than one web development framework in a single project?

Many developers have no other choice but to use multiple frameworks on the same project. Most frameworks focus on either the frontend or the backend, and although some tend to be quite versatile – it’s nearly impossible to find a single solution that fits all your requirements. 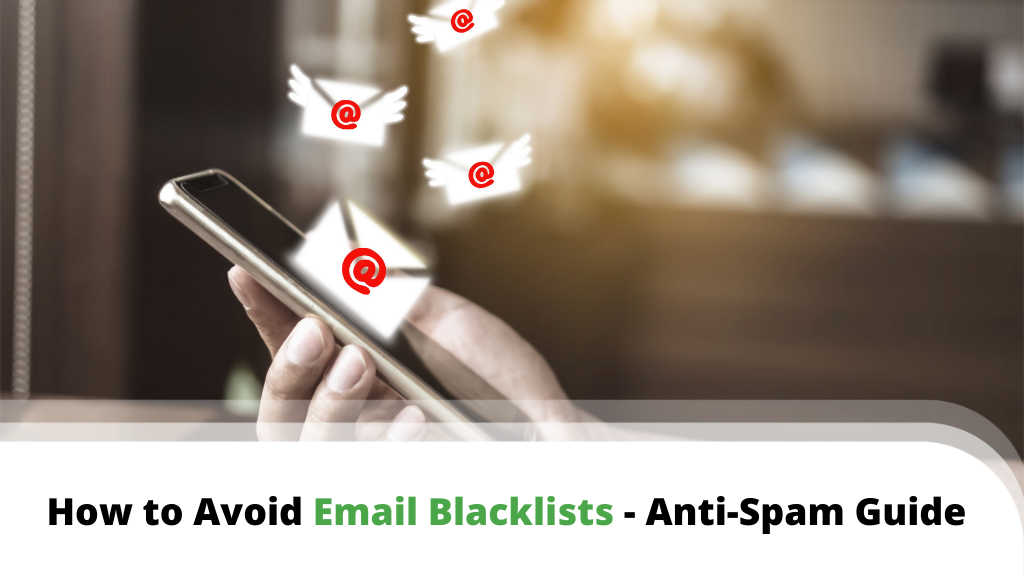 How to Avoid Email Blacklists? 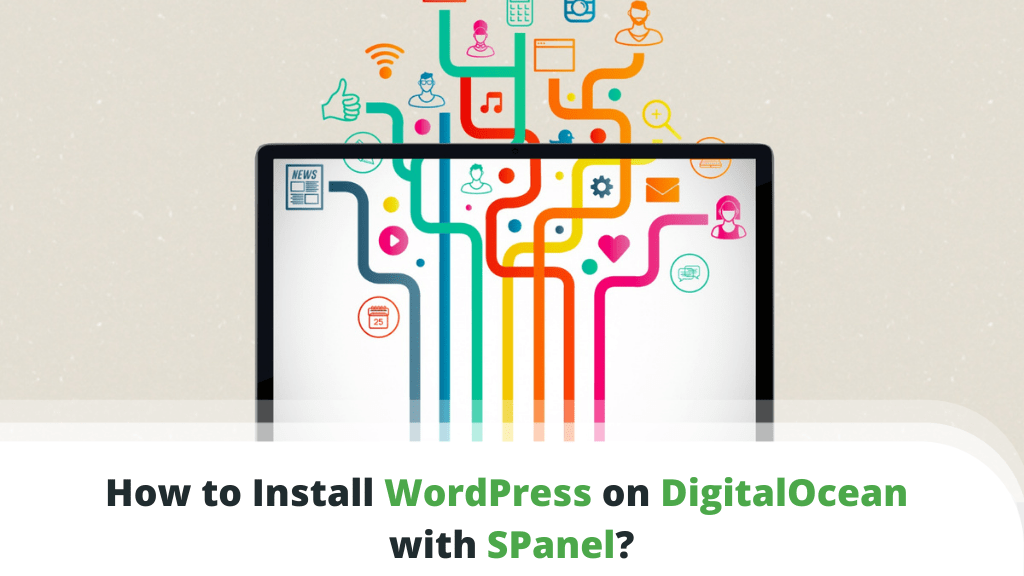 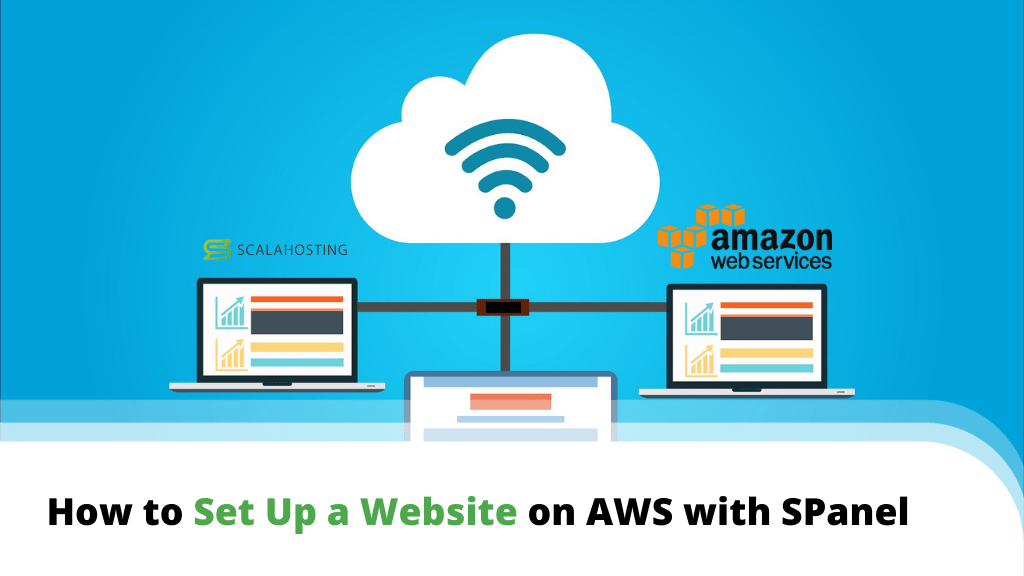 How to Host a Website on AWS with SPanel